You are here:
Social Media 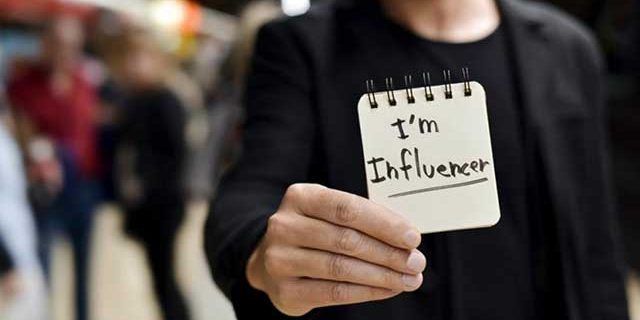 One of the last boom in the world of marketing is the influencers. It is obvious that the brands look at them, after all, they have thousands of followers behind them, which thanks to a “snowball” effect can be a good gold mine for the brand, but it is quite Of course we are living the influencers bubble. In this article I will tell you the truth about this world, the fraud behind it and its campaigns, and that you should keep in mind when choosing an influencer.

It is clear that opinion is important, and the famous word of mouth becomes relevant in the world of influencers. They are our “idols” and we like to imitate them, so it is very normal that, if they do some type of advertising, we end up buying or at least looking for more information about that product or service.

What is an influencer?

Today they are defined as those people who have managed to stand out in digital channels, especially in social networks. The main channels used are Instagram and YouTube, but each social network has its own ranking. They are characterized by having some credibility on a subject, fashion, video games, sports …

Influencers bring freshness to brands, are active in social networks and know how to convey the message to their followers, so it is normal for many agencies and companies to work with them.

How is the influencer pyramid

Like everything in this life, influencers can also be grouped together. The division is usually done in 4 groups, depending on the number of followers they have:

Everything that glitters is not gold, and in my article on the truth about influencers I will tell you the dark side of working with them. Recently a scandal jumped, and it is that a young woman with almost 3 million followers on Instagram was unable to sell 36 shirts in a promotional campaign.

Currently there are more than 20 million influencers and moves more than 1,000 million euros a year. It seems a simple business, make publications, get likes and sell, but perhaps this last step is more complex than many thought.

The latest big news is related to an 18-year-old American influencer, who has 2.6 million followers on Instagram. She wanted to launch a clothing brand and for the factory to start producing she had to sell at least 36 shirts. Her last photo had more than 100,000 likes, but she only managed to sell 18 t-shirts and could not launch his business idea. The question is simple, how is it possible that a person with almost 3 million followers does not sell 20 t-shirts? We are talking about only 0.00067% of her followers bought him, and believe me, he campaigned on social networks to increase sales. In the following image you can see some of the publications of this influencer.

The previous paragraph can be explained with the following information, related to the Spanish market. In 2018, 35 million euros were invested in Influencers, half of that investment did not have any return, but yes, the investment during this year 2019 is expected to be 100 million euros. That’s right, we are living the influencers bubble.

Nowadays it is very easy to buy both followers and likes, and for less than 10 euros you can acquire 10,000 followers, so cheating brands is simple in this aspect. Not surprisingly, Instagram is already acting, and has been erasing fake accounts, bots, and it is rumored that the likes of publications will no longer be visible to users.

Do I need an influencer to boost my brand?

It is clear that it is a new way of marketing, and that it can yield good results to your brand, especially if you are going to launch a new product or service. The key to success will be in the type of influencer. You have to have several clear things before hiring an influencer:

I hope this article on the influencers bubble helps you open your eyes. There are many people who believe that being an influencer is simple, but after all it is one more job, which has to be well executed to achieve positive results, which are not others that achieve more sales.

If you want to contribute some experience you have with this world, whether positive or negative, it will be well received. Surely with the passage of time the influencers bubble ends up reducing, we must not forget that it is a very new business, and that it is still green, but that it has many possibilities in the future.

Keys to increase the flow of users on Facebook
20 November, 2020

Add value to your professional career with social media
23 September, 2020